The Bob Saget stand-up special ZERO TO SIXTY is out NOW On multiple digital platforms including Amazon and iTunes, Comcast, AT&T, Charter, DirecTV, Dish, Google Play and many others.

The special reflects on Saget’s long career in show business and beyond, detailing when he first learned what sex was, the time he lost his mojo and the strange reason he’s scared of doves. The set was taped on May 2 at the Music Hall of Williamsburg in Brooklyn.

“This new stand-up special of mine came out of what’s going on in the world months back,” said Saget, who’ll appear in the December premiering Season 3 PT 2 of FULLER HOUSE.

“My current mission has been to entertain people and hopefully give them some good laughs with stories, silliness, reflections on mortality and new songs. ZERO TO SIXTY is suitable for the whole family –providing your kids talk a little dirty once in a while.”

Along with his often-blue comedy career, Saget toplined two of the most successful series to come out of the late 1980s: ABC’s “Full House” and “America’s Funniest Home Videos.” He appeared on “Entourage” and the feature documentary “The Aristocrats,” did a nine-week stint on Broadway in “Hand to God” and penned the 2014 book “Dirty Daddy: The Chronicles of a Family Man Turned Filthy Comedian.”

“This is our second time working with Bob, and he’s twice as funny as the last time and four times as nice!” said Brian Volk-Weiss, CEO of Comedy Dynamics. 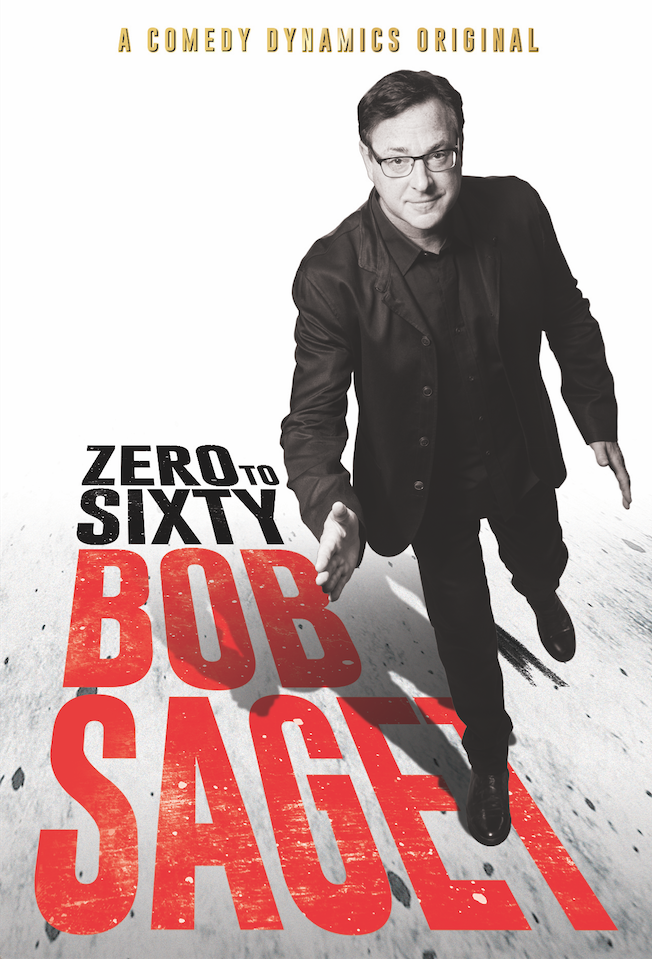 Thank you to our wonderful SRF board members! Susan Feniger and I Hosted an amazing memorable evening of laughter and inspiration!

It was another amazing event that raised $920,000 money for research for the cure to scleroderma— At Caroline’s On Broadway-- Bob hosted but it wouldn’t have been possible without guest comedians Michael Che, Jim Gaffigan Gilbert Gottfried, and John Oliver - Hot Cuisine by...

END_OF_DOCUMENT_TOKEN_TO_BE_REPLACED

Thanks to our kind donors, and people affected by scleroderma, the disease Bob lost his sister to in 1994, The SRF is so appreciative to all those who helped us raise over $700,000 --With a LIVE Virtual Event on October 17, 2021.